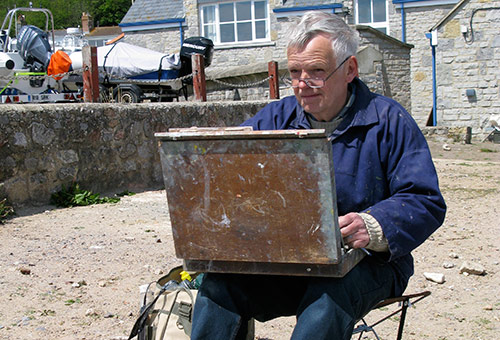 Richard studied at the Canterbury College of Art and the University of London. He was elected to the NEAC in 1974 and became of member of the RWS in 1997. A winner of several awards and a frequent contributor to art magazines, he exhibits widely and his paintings hang in many private and public collections.